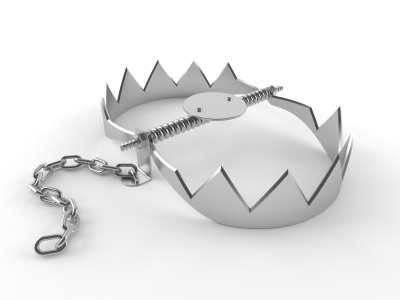 “The truth is you don’t know what is going to happen tomorrow. Life is a crazy ride, and nothing is guaranteed.”

In today’s world of instant connection with millions just by clicking on an app, it no surprise that about 99% of all new track and videos get their launch on some sort of social site. Especially for the independent artist, this is how they get their material to the masses. While those who have, a major label backing still use social media to release their materials its done in a different way. As I’ve stated in previous blogs independent artists have more freedom in their creative process because they do not have to bend to a label’s will. This freedom extends to social media most of all in today’s music industry.

Let me explain let’s say we have two artists and let’s call them Bob and John. So, both artists produce similar music at similar quality, but Bob was signed to a major label while John decided to stay independent. Now, both are about to release a pretty dope track and seek to release their new tracks on social media. Here is where the difference comes in, when Bob goes to post about his song he will be given or at least directed in what he can say so that he won’t damage the label’s image. John, on the other hand, can post whatever he wants because the only image he must worry about protecting is his own and not a label’s. This might seem scary to some who think it would be easier to just have a label worry about what to post on social media for you, but this path restricts your freedom in such a way that one day you might not recognize yourself anymore.

So, for those artists reading this let me go through 4 major social media traps that can make the difference for independent artists.

This is a huge mistake that a $h*t ton of independent artists commit every day. When people use social media even the humblest person becomes a narcissistic social user. This means that people on social platforms are not looking to do you any favors unless they get something for it. So to get someone to click on your link you need to figure out how to get the clicker some benefit or you can forget about it.

Ok, we all know that one guy that is always boasting about himself, and typically the consensus about this guy is that he is an ass. That’s what pops into the minds of all consumers who read an artist’s posts that says something like “Check out my new song it’s dope”. Well ok who says it’s dope? The guy who made it? Yeah, that’s credible…not. Remember humility precedes wisdom, which means let someone else tell consumers that your song is good or better yet let facts. Opinions can be argued all day long but facts are indisputable.

Ok, so unless you’re the real Slim Shady when you want to drop a new track you need more than just the link to YouTube or SoundCloud. As an independent artist, you’re free to post whatever you like so be sure to use your creativity to your advantage. Create a catchy headline to go along with your link so to attract your target audience and help your brand expand.

I saved this one for last because this trap is one of the hardest to avoid. The reason being is that in the days before the internet is a band or an artist had a lot of followers they were doing well. Unfortunately, this does not translate well into the computer age. The reason being is that with social media came the creation of fake profiles. These fake profiles give the illusion of actual followers but are nothing but a cardboard cut out in the window to make it look like a party is going on. So just remember a large number of followers will never be a replacement for solid marketing and when it comes to followers it quality over quantity.

So here’s my question for you readers: How many of these traps have you been subject to or how many of you have seen others fall into these traps.