The Little Agency that Could 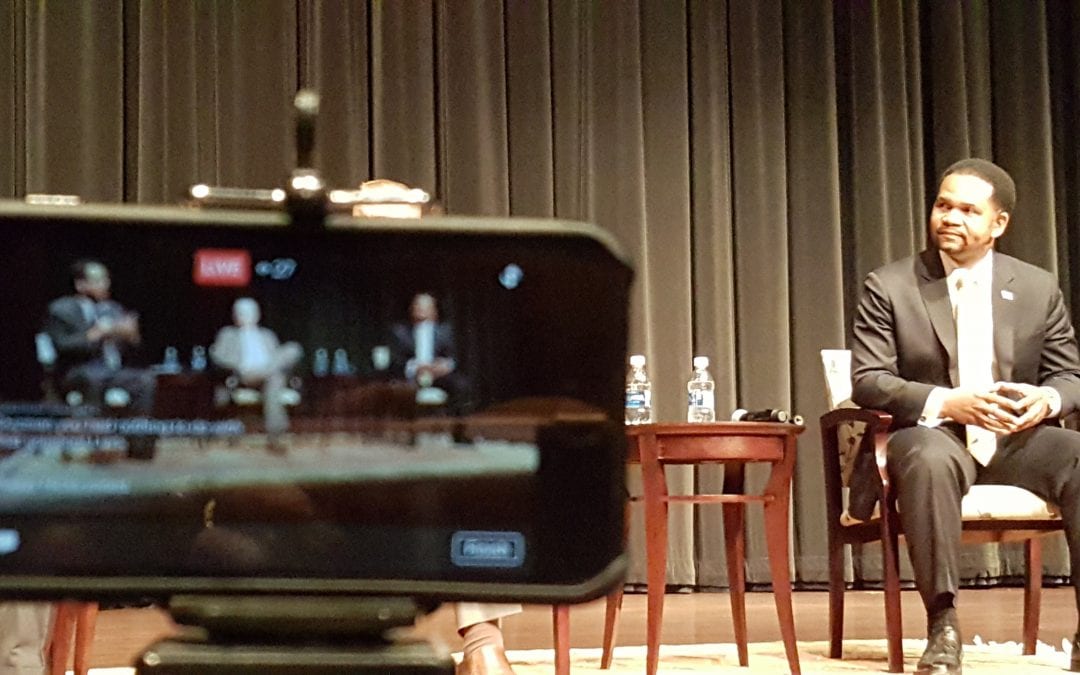 The Little Agency that Could
6 May
MAY, 2017
Social Media

We all know that story of David and Goliath; how a relatively unknown boy, small in stature defeated the huge Philistine with faith and ingenuity. This is the story of the twice defeated mayoral candidate for the second largest city in the state of Illinois, and how he won the Mayoral election against the more politically connected and deep-pocketed opponents with of course, a little help from a small boutique digital marketing agency.

On April 4th, 2017, Alderman at Large, Richard C. Irvin became the 57th mayor of the city of Aurora, Illinois and the first African-American to hold that position. Richard grew up in low income housing in Aurora and picked himself up from the bootstraps to become a criminal attorney, a business owner and an Alderman at Large. He loved the city that raised him and that is why time and time again, he had his eyes on the Mayor’s office.

I first met Richard at a small restaurant on the Fox River in Montgomery, Illinois about a year ago, April 2016. My wife had invited me to hear this man who was about to announce his bid to run for Mayor of Aurora and I figured, why not? After all, the food is good and I am all about making connections. However, once I heard this fellow veteran speak with such poise and passion, I knew that he really had something different to offer this great city.

Aurora is a city of about 200,000 people that is located West of Chicago. Once a manufacturing town, Aurora was often overlooked due to its close proximity to Naperville, a city often named as one of the best places to live in the United States. Despite Aurora being named as one of the five best places to raise a family and its famous Walter Payton Roundhouse (now called Two Brothers Roundhouse) and the Paramount Theater (one of the most booked theaters in the United States), Aurora has usually been overshadowed by its neighbor, Naperville, a sprawling community of great schools, million dollar homes and a low crime rate. Richard Irvin had a vision to change all of that.

Due to a recommendation by Richard’s Head of Communications for the campaign, I had an opportunity to sit down with Richard. Hearing his story and his campaign platform, it was obvious to me that digital marketing and social media could play a big role in the success of his campaign. Richard shared with me that he was not at all really active on social media but felt that with all that digital marketing had to offer, it could be the push that would put him over the top. I strongly felt the same.

I formed the V2M2 Group back in 2011 out of my love for everything on the Internet. Back in the 1990’s I started a digital marketing business and tried to convince businesses that they needed to be on the internet. I was laughed at and out of frustration, I closed shop. That would never happen again. Almost 15 years later, with an MBA and more experience under my belt, I felt that digital marketers needed to take a more holistic, business approach to digital marketing and social media. Still looked at with “deer-in-the-headlights-eyes” I still pushed on. Always a rebel and never satisfied with the status quo, I saw Richard’s campaign as a way to make a statement on many fronts. This was an opportunity to get the right person into office and to prove that one did not always need a big name agency to beat out the big dogs.

The V2M2 Group is just that, a collective of business-minded creatives that don’t think outside of the box. We don’t have a box. Still disappointed from the fact that an MBA and a degree from West Point still couldn’t land me a job, I put less emphasis on degrees and experience and more on passion and ingenuity. Finding the best strategic partners and those passionate about making a difference is the foundation of V2M2 Group, and working with our clients is no different. 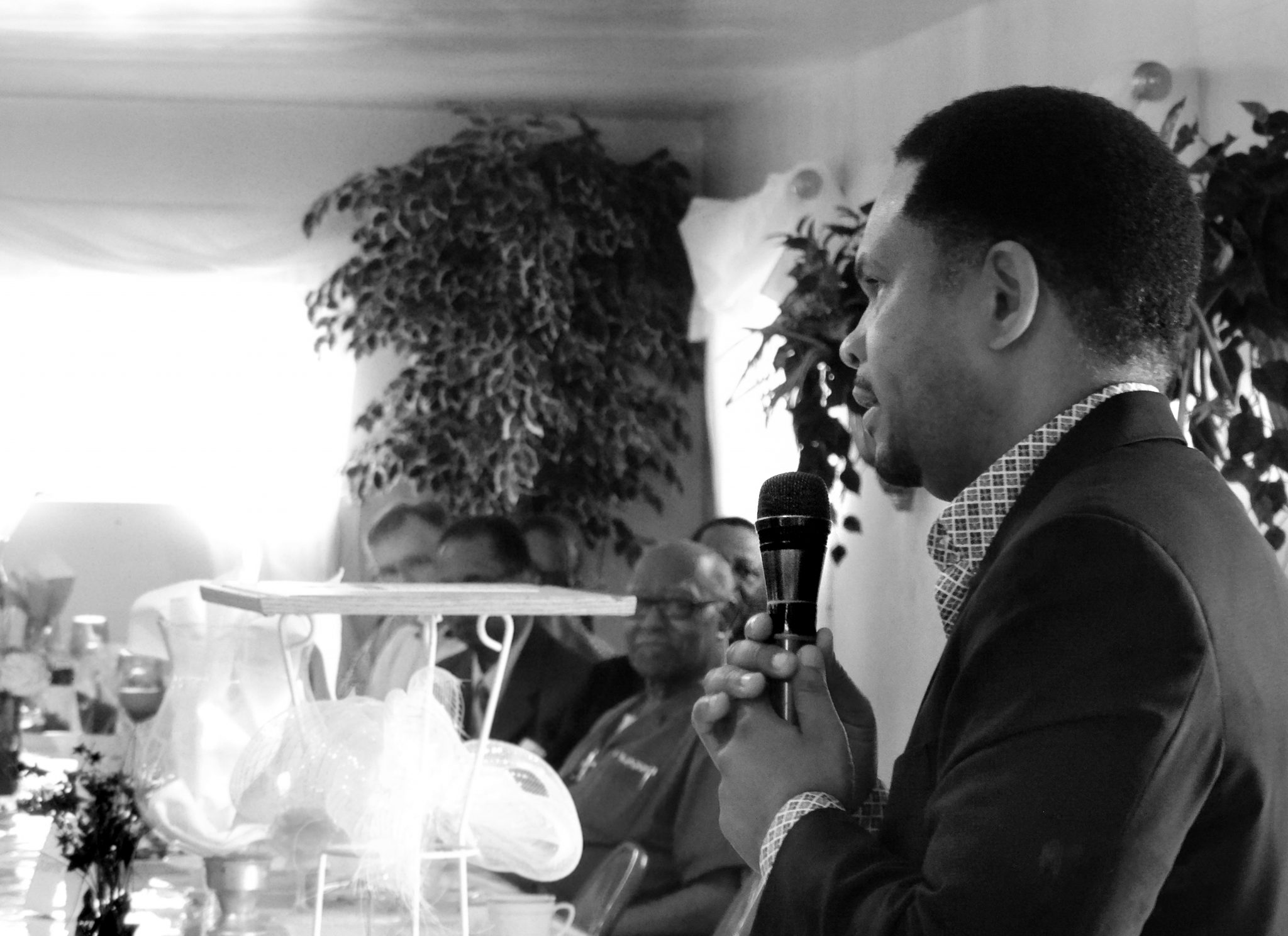 The Importance of Advocacy

Who are your biggest supporters in business? If it is not your team or your employees, then you are already starting behind the eight ball. Why do you think V2M2 has a Ph.D. in Organizational development on their team? Employee advocacy is huge in marketing and can be the difference between success and failure in a campaign. It is not enough to have a shiny website, the best social media message or content. You NEED buy-in from your team! This amplifies the message and makes internalization of the vision even easier. Richard conveyed to his team that we were going to be handling his campaign’s digital presence and that he was all in. Those that knew us, knew our reputation and were happy, and those that did not know of us, trusted their leader. First task completed. 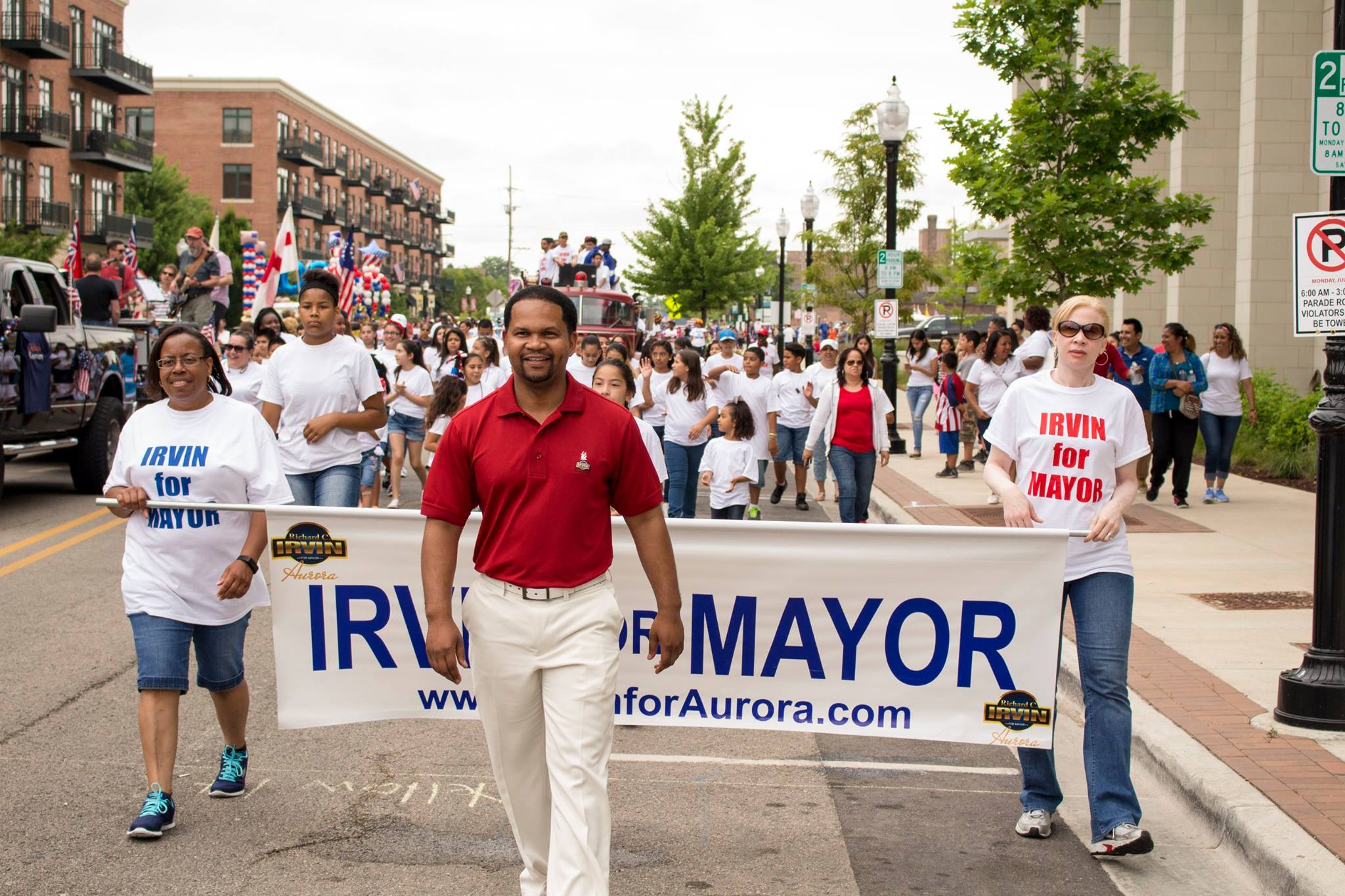 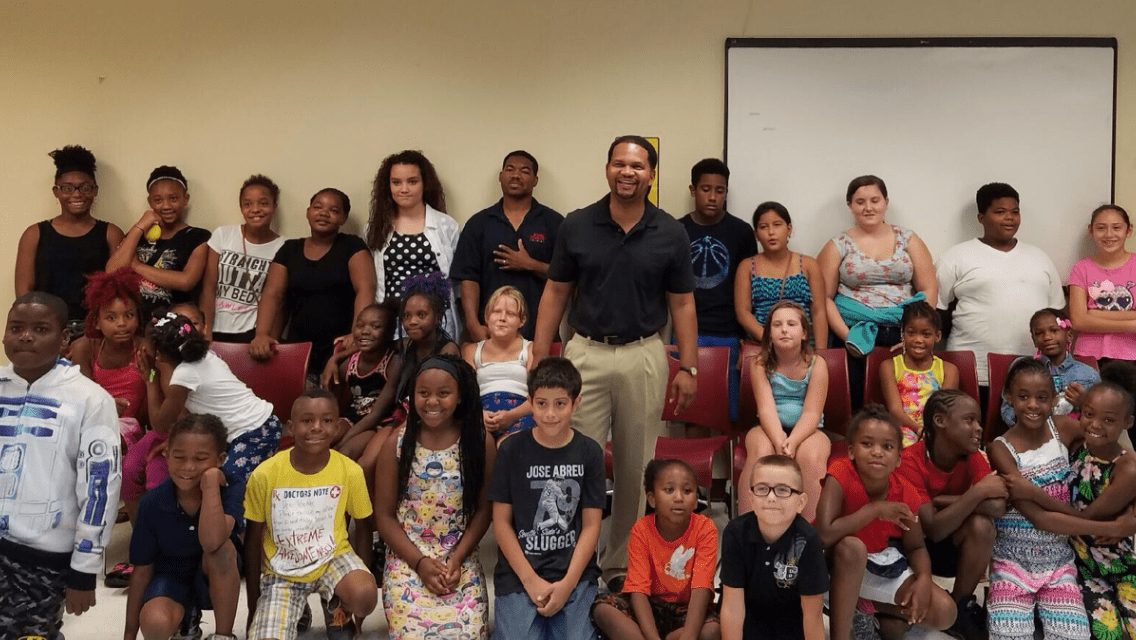 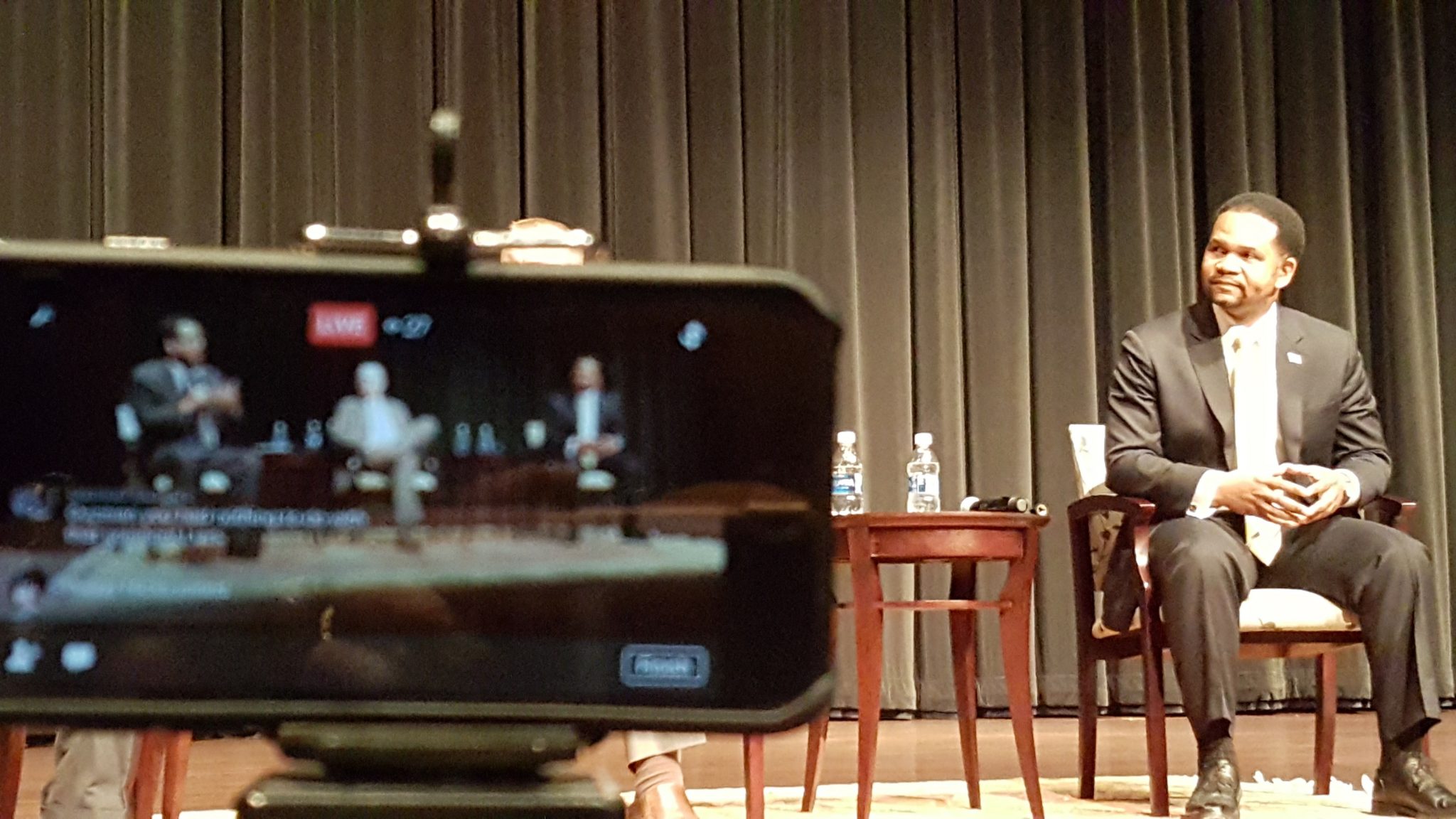 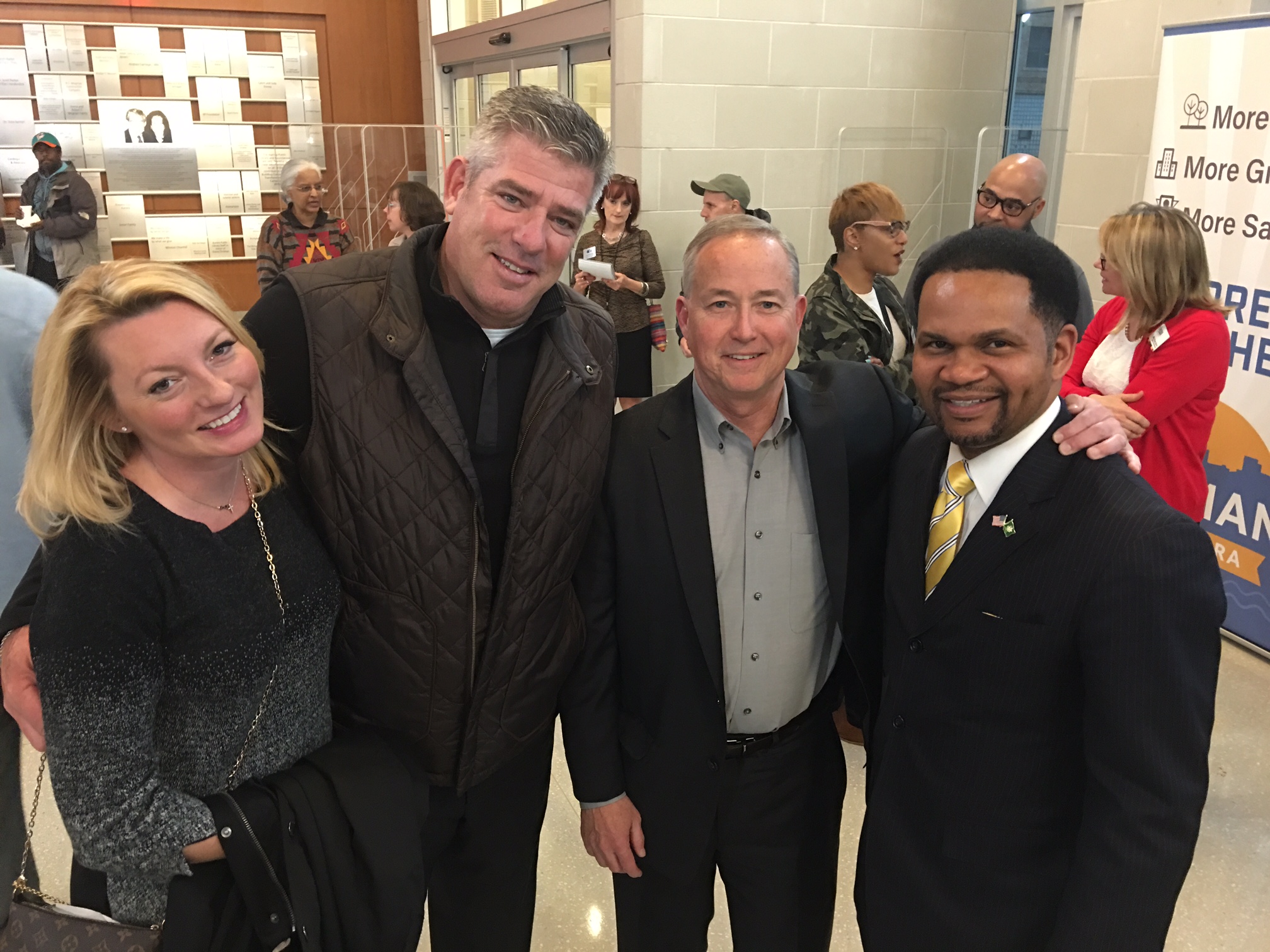 Richard Irvin after the first debate

Be fearless with ideas and use technology as a differentiator

It is nothing new to use social media in a political election. Barack Obama used the power of social media in his campaign and set the precedence for digital marketing in politics. To follow suit utilizing advances in social technology, we decided to make Richard very visible to the people of Aurora. We used technologies such as Facebook Live streaming and video posts first. Our first campaign, centered around the #22kill pushup challenge featured videos of Richard doing 22 pushups for 22 days straight with the citizens of Aurora. The engagement went through the roof and set the tone for the rest of his campaign. We followed the #22kill pushup challenge with #WhyWednesdays in which Richard told the citizens via video why he was running for Mayor. #FlashbackFridays followed this with Richard visiting spots around town where he used to hang out as a kid, including the low-income housing that he grew up in. This was followed up with #FBLive unscripted town hall meetings and live streaming of every one of the Mayoral debates. He was the only candidate to stream live and soon he had supporters of the other camps tuning into his channel to watch the debates. Richard was now expected to be live and people were able to connect with him making him much more transparent than his opponents.

What gets me is why didn’t our opponent’s larger agency think of something so basic as this?

The Power of Belief

We believed in Richard and his vision. His success became part of our every being. If we could not transfer this belief to the people of Aurora, then we have failed.

I remember Richard winning the Primary election. It was huge surprise because the more favored, very public opponent had been knocked out of the race. That felt good. But I really remember that night on April 4th with hundreds of Richard’s supporters. We were all watching the polling numbers rolling in for hours until Richard emerged with arms held high shouting and beaming a smile from ear to ear, “We won..We won!” It was a bittersweet moment. Over a year of meetings, postings, videos, analytics led up to this one grand moment and then it was over. Just like that. People were flooding Richard to catch a picture with him and I remember my wife telling me to go get a photo with the new Mayor of Aurora. I quietly told her, “No, this is his time. We did our job,” as tears swelled in my eyes. I have never been so happy. The Little Agency that Did.

Want new articles before they get published?
Subscribe to our Awesome Newsletter.

Amazing Video Marketing Statistics in 2023 You Should Know

The Video Marketing Statistics Photo 114393907 / Digital Marketing © Anyaberkut | Dreamstime.com Video marketing is one of the most powerful tools a business can use to reach larger audiences and engage customers. The statistics...
Read More

The rise of digital marketing has changed the way businesses reach their customers. Social media marketing is one of the most popular digital marketing strategies today. When used correctly, it can be an effective tool for driving more traffic to your website and...
Read More

Data analysis is one of the most powerful tools available to businesses in today’s world. It can be used to gain insight into customer behavior, identify trends, and make better decisions. With the right data analysis strategy, businesses can gain a competitive edge...
Read More

Having a well-thought-out video marketing plan is essential for any business looking to get ahead in today's digital age. Videos are a great way to engage with customers, increase brand visibility, and drive conversions. With the rise of mobile technology and social...
Read More

How a Business Can Thrive in a Recession

In today’s digital world, customers are connected and informed like never before. As a result, their expectations for brand interaction have also increased. They’re now expecting companies to respond to their inquiries and meet their needs almost instantaneously....
Read More

Marketing automation is one of those things that’ll help you expand your business fast while keeping control over where it goes and making sure that growth stays within the confines of what you want to achieve.

The Ultimate Guide to Customer Journey Mapping: How to Use It and Why You Need It

Customer journey mapping is a strategic process that allows you to think about your customers and their experiences at every touchpoint with your brand. It’s a technique that helps you see where they struggle, take unnecessary steps, or go through a lengthy process....
Read More
Call Us
Email Us